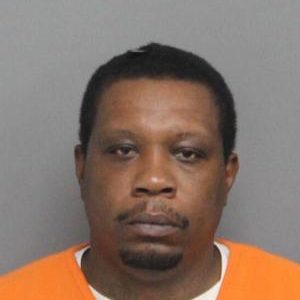 The death of an inmate at the Johnson Detention Center earlier this month has left his family searching for answers.

Xavier Parks, 40, died while in custody on Feb. 1. He had been in jail since his Dec. 14 arrest on a bench warrant.

“People (in his family) were hurt and wounded, and they were concerned because he had been asking for help,” said Rev. David Kennedy.

Because it is an ongoing investigation, neither Reynolds nor SLED would comment on it.

Investigators are looking into the family’s assertions that Parks was not allowed to see a nurse despite complaining of illness for at least two weeks.

Inmates at the jail are treated by a nurse onsite, but more serious cases go to the hospital for emergency care.

The Laurens County Coroner’s Office responded to the scene as is protocol following Parks’ death. Deputy Coroner Vickie Cheek said an autopsy was performed by pathologists in Greenville County, but the results are still pending.

Kennedy said the group that assembled at his church to meet with Reynolds Sunday were “disturbed” by the way the LCSO handled the entire incident, beginning with Parks’ care and following his death.

According to Kennedy, Parks’ family was notified of his death with a phone call to his father from the jail.

“Even the sheriff said somebody should’ve gone out to the house to tell the family,” Kennedy said. “Keeping everything hushed when they should’ve passed it on was wrong – a citizen, a human being died. When you arrest them, you should be responsible for caring for them.”