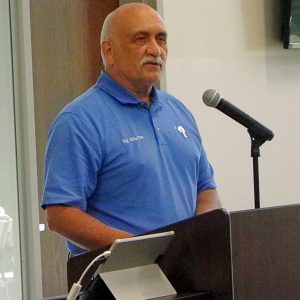 Mike Pitts at The Ridge

The resignation of Rep. Mike Pitts from the S.C. House of Representatives creates a void for District 14 that will be filled by voters in a special election scheduled for April 23, 2019.

Pitts, who ran unopposed for a ninth consecutive term in November’s General Election, announced his resignation Sunday afternoon, citing health concerns. He suffered a heart attack during a hunting trip to Montana in October. The resignation will become official on Jan. 3, just days before the 2019 legislative session begins.

Filing for candidates seeking the District 14 house seat will open and noon on Friday, Dec. 28 and close a week later on Friday, Jan. 5, 2019.

In an announcement released to his constituents, Pitts urged constituents to consider running for the office he held for eight terms.

“To the handful with all the answers, here’s your opportunity to step into the arena,” he wrote. “To those who don’t have all the answers but are ready to ask the right questions, I implore you to prayerfully consider public service.”

The special election is scheduled for April 23.

District 14 covers a large portion of Laurens County as well as small portions of Greenwood County.