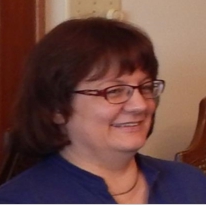 A head-on collision Friday afternoon claimed the life of an Enoree woman.

Nicole Hanks, 51, succumbed to injuries she received in the accident and was pronounced dead at the scene of the accident on Bramlett Road about four miles south of Woodruff.

According to S.C. Highway Patrol Lance Cpl. Justin Sutherland, Hanks was traveling south on Bramlett Road in a Toyota sedan when she was struck head on with a Ford pickup truck, which had crossed the center line. Sutherland said the accident is still under investigation and no charges have been filed.

Services for Hanks were held Monday afternoon at Bellview Baptist Church. She is survived by her parents, Richard and Lucretia Hanks of Laurens.

Hanks was employed by the Greenville Health System and a graduate of N.C. State and East Carolina universities.