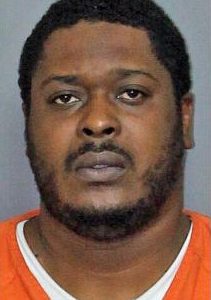 A Laurens County man was sentenced to 10 years in federal prison on drugs and weapons charges Friday in U.S. District Court in Greenville.

Keandre Armon Connor, 37, received the sentence at a change-of-plea hearing that found him guilty of possession with intent to distribute cocaine and possession of a firearm in furtherance of a drug-trafficking crime. Connor will be subject to supervised release following his stint in prison.

According to a release from U.S. District Attorney Sherri A. Lydon, Laurens County Sheriff’s Office deputies discovered more than 500 grams of cocaine and several firearms after executing a search warrant at Connor’s Cross Hill residence on Oct. 6, 2016.

The case was investigated by the LCSO and agents from the U.S. Bureau of Alcohol, Tobacco, Firearms and Explosives (ATF).

Three other men were arrested during the bust on related drugs and firearms charges. Kevares Deonte Conner, Corey Rashad Yeargin and Anthony Dante Jackson were also arrested as part of the investigation.