At this past week’s Sundance Film Festival in Park City, Utah, “Burden,” the movie which tells a story from a specific Laurens event in the 1990s, was the winner of the Audience Award for U.S. Dramatic films. Presented by Acura, it was 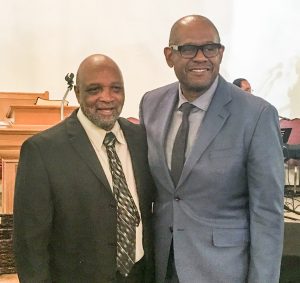 the top audience award winner among the top 16 U.S. Dramatic films in the festival competition.

In Laurens County, Michael Burden went by Gene Burden when he was a child in Gray Court but began going by Mike when he returned in the 1990s after living away for many years. He became deeply involved with the klan while working as an employee at the KKK Museum and Redneck Shop. Open for several years in downtown Laurens, the business had been the source of many protests, from locals, such as Kennedy’s congregation, and those from outside the county.

While many details have changed in the film’s storyline, the film presents the story of  redemption, however, when Kennedy and his congregation take in Burden, Judy and her young child when they end up homeless. The film shows Burden’s progression from racial hatred to tolerance. Eventually Burden passes on to Kennedy what he’d been given by the store owner before his exile – the deed to the property.

Look for more in the Wednesday issue of The Laurens County Advertiser.