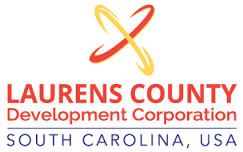 CB&I, which purchased the former BF Shaw plant in 2015, announced the closure of the local facility this past week, eventually putting some 250 employees out of work.

“We’re going to do everything we can to work with CB&I to help those people who are affected,” Coleman said.

The LCDC recently held a job fair at Fisher Barton, which announced the closure of its Fountain Inn plant in late July, and 37 companies participated over three days.

Coleman said he hopes to do something similar at CB&I.

“It’s never good news for these things to happen, but hopefully we can work with these people who are affected and help them find new jobs here.”

However, this year CB&I’s stock has declined 54.1 percent, even as the industry has reported a gain of 14.7 percent. The company discontinued paying dividends, according to reports.

The Laurens facility was also tied to the construction of the V.C. Summer Nuclear Station in Fairfield County. S.C. Electric & Gas and Santee Cooper announced in late July that they were pulling out of the $14 billion project, putting 5,000 people directly out of work.

Analysts reported that cost over-runs and delays at the nuclear facility would bump the overall cost to complete it to $23 billion. SCE&G customers had already paid more than $1.4 billion in rate increases to help fund the project.