Two men were arrested on multiple drug and weapons charges by the Laurens Police Department on Friday.

According to the LPD, police seized counter-surveillance equipment, 6.75 pounds of maurijuana/THC products, 15 LSD tabs, 20 Schedule 3-4 Narcotic pills, 10 grams of Psilocyin mushrooms, 6 grams of methamphetamine, a rifle and a sawed-off shotgun at 309 Holmes Street.

Thompson now faces seven related drug charges, including possession with intent to distribute meth within close proximity to a playground, park or school. 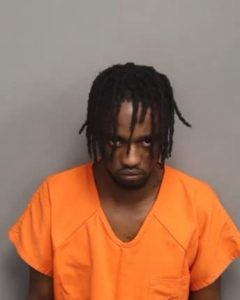 Abney has been charged with possession with intent to distribute Fentanyl.
“We are always looking for ways to make a positive impact on the community and ridding the area of drug dealers is one of the most important ones,” said LPD Chief Keith Grounsell. “We are grateful to have 100% support of the mayor, city administrator and city council to aggressively rid the streets of this poison that has caused over 100,000 overdoses across America last year.
Posted in Breaking News, News