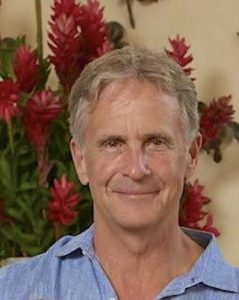 Clinton, South Carolina – The founder of one of the largest internet service providers in the United States will deliver Presbyterian College’s 2023 Robert M. Vance Lecture on Business Ethics. The public is welcome to attend.

Brewer’s first company, MindSpring Enterprises, began with a purpose – to change how the world does business by demonstrating what a company based on respect for individuals, honesty, and integrity could accomplish. The result was a successful, award-winning business that consistently rated number one in customer satisfaction.

Brewer is currently the founder and managing partner of Las Catalinas Holding Co. in Costa Rica. He and his team have created a new sustainable and fun beach town on the Guanacaste Coast with houses, shops, restaurants, small hotels and inns, plazas, parks, and recreational facilities.

A Phi Beta Kappa graduate of Amherst College, Brewer earned his MBA from the Stanford University Graduate School of Business. A native of Louisville, Ky., he lives in Atlanta with his wife and three children.

The Robert M. Vance Lecture Series on Business Ethics is funded by a generous gift from the Bailey Foundation and named after the late Robert M. Vance, a Clinton businessman and former PC trustee.

Vance considered ethics, honesty, and integrity paramount and lived these qualities as a business leader. The lecture series is a tribute to the late businessman’s legacy and numerous contributions to the Clinton community. The series serves as an opportunity for high-profile leaders in the business world to speak with PC students on how to run a successful business that maintains a moral code that employees can take pride in and use as a guide for day-to-day activities.