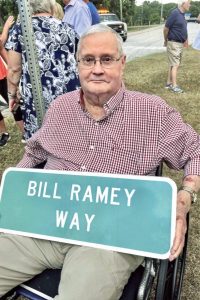 In addition to his parents, Bill was predeceased by his first wife, Stella Ashley Ramey.

A private committal will be held at Westview Memorial Park with Military Honors.

Memorials may be made to the Bobby Smith Sunday School Class, or to First Baptist Church, 300 West Main Street, Laurens, SC 29360.