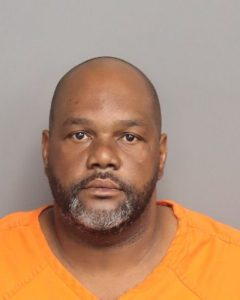 A Laurens man was arrested Tuesday by the Laurens County Sheriff’s Office in connection with an incident that left one man dead Sunday night at the LowCountry Bar & Grill on Highway 221 near I-385.

According to the LCSO, Marcus Tyrone Grant and Benjamin Derick Griffin of Laurens were the aggressors in an attack inside the establishment. The subject of the attack defended himself and Griffin died of injuries suffered in the altercation, the release said.

Grant has been charged with assault and battery of a high and aggravated nature and is in custody in the Johnson Detention Center.

After investigators reviewed security footage and witness statements, officials decided that no charges have been filed against the subject of the attack.