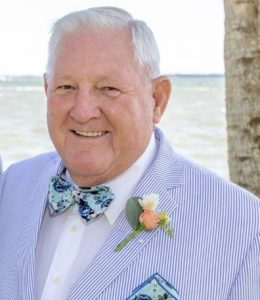 A lifelong resident of Laurens until recently moving to Hickory, North Carolina, Mr. Madden was a beloved husband, father, and grandfather.

He is preceded in death by his parents Houston and Cornelia Madden (Hill); and his brother James Patrick Madden.

Mr. Madden graduated from Hickory Tavern High School where his football letterman jersey was retired (33), and went on to play football at Presbyterian College briefly, before joining the United States Army. Mr. Madden worked for Piedmont Rural Telephone Cooperative where he retired at 55 years of age and after 35 years of service. A very active member of the community, Mr. Madden served as a deacon at Laurens First Baptist where the Madden family attended church. He was was a Mason of Palmetto Lodge #19 in Laurens, and also Former President of the Cattlemen’s Association.

In recent years Mr. Madden would frequently be seen wearing shirts and ball caps representing his grandchildren’s various sporting teams and colleges. He loved to hunt and fish, but most of all he loved his family, and to serve the Lord. He will be greatly missed.

Family and friends are invited to attend receiving of friends at 2pm on Sunday, October 16th at Lauren’s First Baptist Church( 300 West Main Street, Lauren’s, SC) followed by a Celebration of Life service.