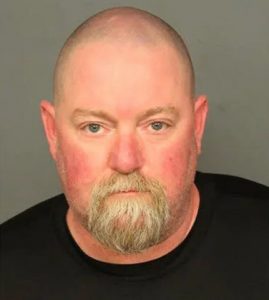 The man accused of killing his fiancé at a Laurens County residence nearly a month ago is in custody after going on the run in an attempt to avoid authorities.

Willian Loyd “Todd” Cagle, 48, waived his extradition rights and was returned to Laurens County Saturday. He was booked into the Johnson Detention Center on murder charges in connection with the shooting death of Terry Ann Chermak, who had been his long-time girlfriend.

Cagle is charged with murder and possession of a firearm by a convicted felon. He was denied bond.

According to the Laurens County Coroner’s Office, Chermak, 49, died of a single gunshot wound on Sept. 9. Her body was discovered at the couple’s residence on Neely Ferry Road by Laurens County Sheriff’s Office deputies on the morning of Sept. 20.

Several ours after her body was discovered, deputies from the U.S. Marshals Service and local law enforcement arrested Cagle at a Denver, Colorado hotel without incident.

Cagle and Chermak were initially part of a missing persons investigation by Greenville Police as reports came in of cell phone “pings” in Florida and the Carolinas.

Greenville Police turned the case over to the Laurens County Sheriff’s Office, who searched the couple’s residence on Neely Ferry Road in Laurens where they discovered Chermak’s body. 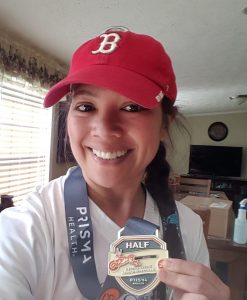 Chermak’s family and friends have raised more than $14,000 to help offset funeral and other expenses. She was laid to rest Saturday as Cagle was being returned to Laurens County.

According to the GoFundMe page, money raised over the amount required will be donated to the National Coalition Against Domestic Violence (NCADV).

Linda Bryant, Chermak’s sister, wrote on the GoFundMe page that Chermak was a victim of domestic violence.

“Domestic Violence statistics show that a partner leaving (and/or) ending the relationship is the most dangerous time in an abusive relationship. (Seventy-five percent) of domestic violence related homicides occur upon separation, and there is a 75% increase of violence upon separation for at least two years,” Bryant wrote.

The family has also announced a fundraising Run/Walk in honor of Chermak, who was an avid runner, for 8 a.m. on Oct. 22 at 55 East Camperdown Way in Greenville. Proceeds will go to the NCADV.