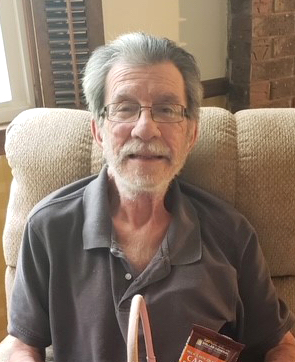 Daniel Albert Wilder, age 69, of Clinton, S.C., passed away at his home with his loving wife by his side on Thursday, September 8, 2022.

He was born May 31, 1953 in Detroit, Michigan and was the son of William Wilder and Lenora Chiurato Wilder. He retired from being an English Teacher, was an avid reader, tennis player, and played in several leagues. He attended Haymore Memorial Baptist Church.

He is survived by his wife of 43 years, Martha Barrett Joyce Wilder. He is also survived by his sister, Angela (John) Hjelt, nephew Josh Hjelt and a niece Rachel (Adam) Pierce and their children Liam and Nora.

Dan taught Reading as a Graduate Assistant at Western Carolina University and English at Saluda High School. Then he retired to help his wife with her speech language pathology private practice. He and his wife organized the Clinton-Laurens-Newberry Tennis Association in 1987. He became the tournament director and ran sanctioned tournaments, round robins, and youth camps. He coached girls and boys tennis at Laurens High School and, with his wife, organized Whitmire High School’s first girls’ tennis team and coached there. He also coached many adult tennis teams through the Greenwood Area Tennis Association bringing many of his teams to State and Sectionals, winning one at Sectionals and coming in as Finalist two times. He and his wife also played many tournaments together “back in the day” acquiring a plethora of trophies.

A Celebration of Life will be held on Saturday, October 1, 2022, in Florida and will be available via Zoom for those who are unable to attend. Contact Martha for details to the link. The service is being recorded. Friends and family may participate by stating fond memories.

In lieu of flowers memorials may be made to the Clinton-Laurens-Newberry Tennis Association, a 501(c)(3), nonprofit organization, which now concentrates mainly on programs for the youth. (CLNTA, PO Box 382, Clinton, SC 29325), or to the charity of one’s choice.