A juvenile was arrested Tuesday following a shooting incident in Laurens that sent one man to the hospital.

According to the Laurens Police Department, the victim was shot in the abdomen near First and Second streets in Laurens and drove himself to Prisma Laurens Memorial Hospital, where he was interviewed by LPD officers.  The victim was later flown to Greenville where he underwent surgery.

Meanwhile, LPD talked with witnesses near the location of the shooting and learned the alleged shooter fled into a wooded area. LPD investigators requested help from the Laurens County Sheriff’s Office K-9 unit, which tracked the suspect to a nearby residence the victim had identified by his first name.

The suspect, a 16-year-old male, was taken into custody and charged with attempted murder, robbery and possession of a weapon during the commission of a violent crime.

Investigators returned to the wooded later area overnight and discovered a Hi-POint “C9” 9mm handgun, which was fully loaded with a round in the chamber.

Man arrested after incident at apartments 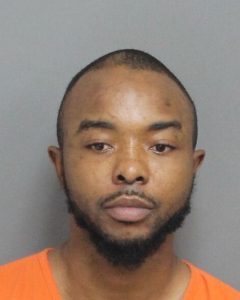 On Wednesday, the LPD arrested a 33-year-old Laurens man after responding to a “man with a gun” complaint at an apartment complex on Spring Street in Laurens.

Officers arrested Tevin Oneil Hill and charged him with unlawful possession of a firearm.  Hill was discovered on the porch of an apartment and then discovered a Taurus 9mm G3 handgun with an aftermarket extended magazine in a backpack within reach of the suspect.
Hill was booked into the Johnson Detention Center and is awaiting a bond hearing.
Posted in Breaking News, News