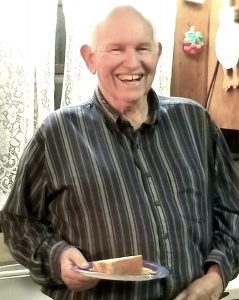 He was born September 13, 1941 in Newberry County and was a son of the late William Moore Brooks and Irene Foshee Brooks. He was a graduate of Newberry High School Class of ’59, and US Army Veteran having served his county in Vietnam, US 3rd Army, Field Artillery Division from 1965-1966. He retired from Bowater/Catawba Timber Company after 27 years of service and continued his career in forestry, working for Walker and Walker Logging for 15 years. He was a member and Deacon of Beaverdam Baptist Church.

Mr. Brooks is survived by his wife of 55 years, Sandra Brooks; his sons, Gene Brooks (Amanda) of Clinton and Chris Brooks (Karen) of Powhatan, VA; and his ten grandchildren; his sister, Mary Brooks Stroud (Kent) of Newberry; his brothers, John Roberts Brooks (Nancy) of North Augusta and William Dixon Brooks (Judy) of Newberry.

In addition to his parents he is preceded in death by his sister, Sara Brooks Burns.

Funeral Services will be held Wednesday, August 24, 2022 at 2 PM at Beaverdam Baptist Church with burial to take place at the church cemetery. The family will receive friends prior to the service from 1 to 2 PM at the church.

Memorials may be made to the Beaverdam Baptist Church, 1555 Beaverdam Church Road, Mountville, SC 29370.

Gray Funeral Home of Clinton is assisting the family with services.