A Laurens County Sheriff’s Office deputy shot and killed a Clinton man Monday, and the investigation into the incident has been turned over to the South Carolina Law Enforcement Division.

The incident occurred around 1:30 a.m. in Waterloo. 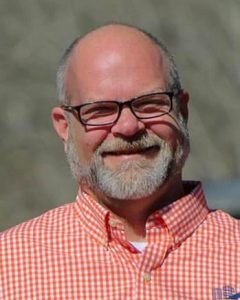 The deceased was identified at Daniel Robert Strange, 51, of Clinton. He was airlifted from the scene on Shore Loop Drive to a Greenville hospital where he later died. According to social media posts, Strange worked as a real estate broker in Clinton.

No law enforcement officers were injured in the incident, according to SLED.

SLED conducts law enforcement officer involved shooting investigations at the request of the agency involved in the incident or the agency with jurisdiction.

When requested to investigate an OIS, SLED’s goal is to conduct a thorough, independent criminal investigation as timely as is possible under the circumstances, a release from the agency said.

It is protocol for the LCSO to request that SLED investigate any department-involved shooting.

SLED agents will conduct interviews with all potential witnesses in this matter. Further, SLED will collect all relevant evidence and will forensically test such evidence as needed. Information gathered in the SLED investigation of the incident will be summarized in a case file report to be submitted to prosecutors.

The LCSO referred all questions regarding the shooting to SLED. As an ongoing investigation, SLED said no other information will be disclosed at this time.