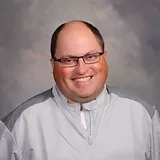 Plowden, who is also LA’s varsity boys basketball head coach, has served as an assistant football coach under Todd Kirk for the past 14 seasons. LA plays in the SCISA Class 1A 8-man football league.

LA hired former Heathwood Hall defensive coordinator Stacy Bell to succeed Kirk as head coach in May, but Bell resigned abruptly in late June to take another job. The school immediately relaunched a search to replace Bell after his resignation.

Kirk, the school’s headmaster, resigned his varsity coaching duties in order to dedicate more time to his administrative duties. He will continue to coach the LA middle school football team.

The Crusaders are to begin the 2022 season at home on Aug. 19 against the home-schooled Augusta Eagles.