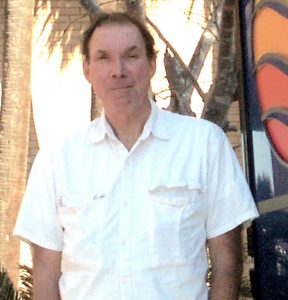 Jon Harrison Wallace, age 75, passed away on July 8, 2022, at the Greenville Memorial Hospital of cardiac arrest and acute respiratory failure. He was born in the family home on January 26, 1947, to Harrison and Madeline Wallace.

An honor student, Jon graduated from Brookwood High School in 1965, where he was one of the Five Iron Horses, the successful basketball team remembered for defeating La Crosse Central, a much larger school, in tournament play. As a senior, he placed fifth in the discus throw at the state track meet. He tried never to miss a reunion with his high school class.

He attended the University of Wisconsin-Madison, where he was a member of the marching band and earned both a bachelor’s degree in finance and a master’s degree in educational psychology. He moved to South Carolina in the mid-seventies after his wife, Dr. Donna Davis, accepted a position there. For a year he took off work and volunteered in his new community, for which he was awarded “Volunteer of the Year” by the governor. He continued to help individuals in need and nonprofits in his community such as a women’s shelter and Habitat for Humanity. He served as a mental health evaluator and as a guardian ad litem for countless children, many of them handled pro bono. He relished a good political debate and was a politics and news wonk.

He loved sports and had a lifelong dedication to health and fitness, beginning with running and golf and then swimming and biking. He split his time between his homes in South Carolina and Florida. He especially loved his lake house in South Carolina and the community of people there who shared his love of water sports. As a way to enjoy more warmth in winter, he and Cookieman cruised to many locations, including favorites Aruba and Hawaii. Jon was a member of the Metro-McGregor Kiwanis Club in Fort Myers and, through the club, was active in reading with children at Orangewood Elementary School.

Survivors include his sisters Ann Wallace and Jean Wallace-Baker (Owen Hoitomt) of Madison WI, several nieces and nephews, and long-time friend Robert “Cookieman” Kemper of Goldsboro, NC. He was preceded in death by his wife Dr. Donna Davis, two sisters, a brother, and two brothers-in-law.

In lieu of flowers, memorials may be made in honor of Jon H. Wallace payable to any local women’s shelter.