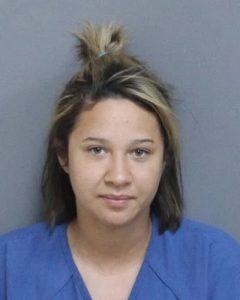 A single-vehicle accident claimed the life a Clinton man early Friday morning on Charlottes Road in Clinton and now a Joanna woman has been charged by the South Carolina Highway Patrol in the man’s death.

According to SCHP Master Trooper Brandon Bolt, a 2013 Jeep Cherokee with three occupants was traveling east on Charlottes Road around 1:30 a.m. when it ran off the right side of the road and struck a culvert before overturning and hitting a utility pole.

Tony Eugene Turner, 37, of Clinton, a passenger riding in the rear seat of the vehicle was killed in the wreck, according to the Laurens County Coroner’s Office.

The driver, Alyssa Lee Yarborough, 26, has been charged with felony DUI resulting in death and was booked into the Johnson Detention Center. She also faces a second charge of felony DUI with bodily injury. Bond has been denied on both charges.