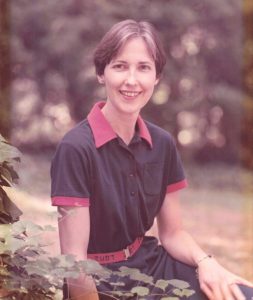 Jay Tyler Betette, of Laurens and wife of Phillip A. Betette, entered eternal life, June 16, 2022. She died peacefully in the sure and certain hope of the resurrection, surrounded by family whom she loved and who loved her for more than 60 years.

Born at Ft. Benning, GA, on March 15, 1938, she was the daughter of Orville Zelotes and Allison Durkee Tyler. As a child, she traveled widely since her father, a West Point graduate, served in the military for his entire career. Jay graduated from the University of Georgia in 1961 with a B.A. in English and then received her M.Ed. in Speech and Hearing from Emory University in 1962. She married her college sweetheart, Phil, the same year, and they went on to live a rich and full life for more than 60 years. Jay held various teaching positions in elementary education and speech therapy. She spent 28 years in the Greenville and Laurens County School Districts before retiring to become the grandmother any child would love to have.

Jay served on the board of the Greenville Civic Ballet, the Laurens County Arts Council, the Palmetto Trust for Historic Preservation and was active in numerous other volunteer groups. She was a member of the Junior League of Greenville and the Florida Chapter of the National Society of Colonial Dames. She was also a communicant at Church of the Epiphany in Laurens.

In addition to her husband Phil, she is survived by one brother, Marshall D. P. Tyler of Hendersonville, NC; one son, Phillip A. Betette, Jr. (Michelle); one daughter, Allison B. Warren (James, III); five grandchildren, James I. Warren IV, Sarah J. Warren, and Russell P. Warren of Greenville, SC, and Jackson T. Betette and Blake R. Betette of Columbia, SC.

In addition to her parents, she was predeceased by one brother, Orville Z. Tyler, III (Gibson) of Mt. Pleasant, SC.

The funeral will be held at Church of the Epiphany at 10 AM, Wednesday, June 22, 2022, conducted by Dr. Kelly Ayers. A private burial will be held in the church cemetery.

A reception with the family will be held after the service in the Parish Hall.

In lieu of flowers, memorials may be made to Church of the Epiphany, 225 West Main Street, Laurens, SC 29360 or to a charity of one’s choice.

“We are very grateful to all the caregivers at Martha Franks Retirement Community who were so kind to Jay for the last nine months of her life. We are also grateful to the nurses at Lutheran Hospice who took such wonderful care of her in her final days.”