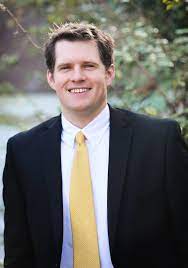 Gilliams margin over challenger Melinda Butler, a Union attorney, was even larger in District 42, which includes much of Union County and part of southern Laurens County in Clinton and Joanna.

All results from Tuesdays’ Primaries are unofficial. Certification by the state Board of Elections is scheduled for 11 a.m. Thursday.

“It is humbling,” Gilliam said of his victory. “You never want to brag or promote what you do, but I think people see your actions and know that you work hard for them, and that pays off.”

With no Democratic challenger, Gilliam is expected to return to Columbia for a third term in the Statehouse.

With his GOP Primary victory, Jones will face Democratic challenger Daniel Duncan in the November General Election. Jones is seeking his second full term in the Statehouse. He succeeded former Rep. Mike Pitts in the District 14 seat, winning a special election and was initially sworn into office in 2019.

Jones could not be reached for comment Tuesday night.

Statewide, Gov. Henry R. McMaster earned a re-election bid from voters with 83.3% of Republican votes in a landslide win over Harrison Musselwhite of Greenville.

Former U.S. Congressman Joe Cunningham of Beaufort avoided a run-off with state Sen. Mia McLeod of Columbia. Cunningham collected 56.3% of the vote. McLeod followed with 31.2% in a five-way race for the Democratic nomination.

That race was closer in Laurens County with Cunningham earning 43.2% of the votes to McLeod’s 36.4%.

Follow this link to complete Primary Election Results from SCVotes.gov.