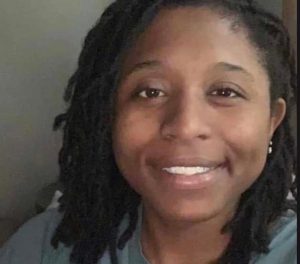 According to the LCSO, deputies responded to a residence on Old Stable Lane in Laurens following a 9-1-1 call around 8 p.m.

Minutes after they arrived, Kalah Shannon Gary was shot dead reportedly in the front yard of the residence.

As is protocol, the LCSO has turned over the investigation into the shooting to SLED. In an initial statement, SLED said Gary was armed at the time of the shooting.

In a subsequent statement, SLED officials outlined how investigators would proceed, but had no further comment on the investigation.

“Information gathered in the SLED investigation of the incident will be summarized in a case file report to be submitted to prosecutors,” the statement read. “This is an ongoing investigation. As such, no other information about the case will be disclosed by SLED at this time.” 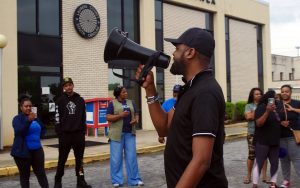 On Monday afternoon, about 20 protestors gathered outside the Laurens County Sheriff’s Office on West Main Street in Laurens, saying they were seeking answers in the shooting.

“We’re here today to speak to one thing and one thing only, and that’s transparency,” said Justin Hunt of the South Carolina Black Activists Coalition. “What we’re here for today is to go ahead and jump out in front of this community and let them know that we want transparency. Whenever a case is turned immediately in to SLED, it leaves the community and family wondering.”

The LCSO had no comment on the incident or the investigation, referring all related questions to SLED.

Derrick Quarles, a spokesman for Gary’s family, said her mother, Mattie Williams, and her father, Troy Williams were working in different areas adjacent to the residence – one in a crafts area and the other in a studio – when they heard shouting outside. 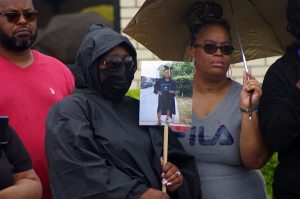 Quarles, an upstate activist and a former leader of Greenville’s Black Lives Matter movement, said the family and protestors are asking the LCSO to see body camera footage from the officers on the scene of the shooting and to hear the 9-1-1 audio recording that brought deputies to the scene.

According to Quarles, the family also want to review any other pertinent video evidence, the release of radio communications between responding agencies, including the LCSO, SLED and the Laurens County Coroner’s Office. Also, they are seeking incident reports pertaining to Gary from between Jan. 1, 2022 and the time of the shooting.

“We’ve requested everything from the time of the 9-1-1 call in chronological order until the time she was murdered,” Quarles said.

Was there a gun? 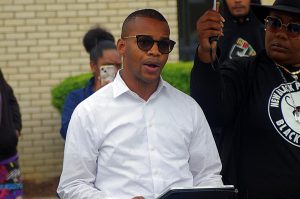 Derrick Quarles, and activist and spokesman for the Kalah Gary’s family, at Monday’s protest.

Quarles said Mattie Williams told officers that Gary did not have a gun just before Gary was shot.

But Quarles said it is unclear whether Gary had a weapon – but he said Gary’s parents deny that she had a gun.

According to Quarles, family members and neighbors reported hearing several shots fired, and the family wants to know how many times Gary was shot.

Quarles said a firearm was confiscated by law enforcement at the property, but it is not related to the investigation. He also said communication between the family, SLED and the LCSO has been lacking.

Among the family photos and posts on Gary’s Facebook page were pictures of an apparent hand-written jounrnal that included recipes, lists of “songs to listen to,” thoughts, quotes and affirmations.

Quarles said Gary was known to law enforcement, and the LCSO was familiar with at least some of her mental health issues.

In early March, Gary was reported missing to local law enforcement by family members. The LCSO issued a be-on-the-lookout (BOLO) and shared that information on social media. Gary was found safely a few hours later.

Quarles said the LCSO responded to other calls concerning Gary in January and as late as the week prior to her death.

“It’s known and documented that she had mental health issues,” Quarles said. “So, they were very familiar with her . . . and not one single person on the scene was prepared to handle a person who’s having a mental health episode.”

The LCSO does not have a dedicated mental health professional currently in its ranks, and Quarles said that is something that needs to change here and across the U.S.

“Almost every day we see all around the country where individuals have mental health episodes, mental health breakdowns and other crises and are fed up,’ Quarles said. “Instead of trained medical professionals who are trained with to handle mental health issues, they respond with regular law enforcement officers, who have their own mental health issues that they haven’t dealt with, responding to individuals who need help – who want their lives to be saved, not taken.”