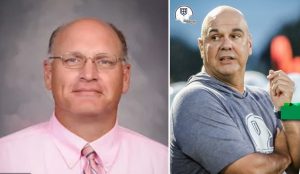 The head coach and driving force behind Laurens Academy’s football program is stepping down, the school announced in an email Thursday afternoon.

Kirk, who is also LA’s headmaster, is stepping down to devote more time to his job atop the school’s administration. He will also take over as head coach of LA’s middle school team.

“The duties of being headmaster as well as the head varsity football coach requires a great deal of time,” Plowden wrote in the email. “The current growth requires (Kirk) to spend more time focusing on being headmaster. Coach Kirk still wants to have a role in football but it will be in a more limited capacity.”

Bell is to be introduced to LA supporters and students at 6 p.m. Tuesday at the school.