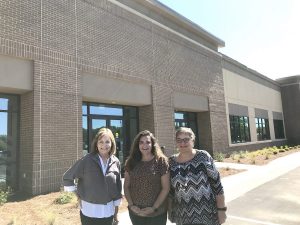 Laurens County, S.C. – Through most of last week, the Laurens County Voter Registration & Elections staff were getting the word out that their office had moved from the Historic Courthouse to its new location at 205 Bolt Drive at the former Winn Dixie in Laurens.
Staff was also getting ready to begin its absentee voting period and both the county and the information on scVOTES.gov retained all the pre-COVID restrictions and parameters as they prepared for the June 14 primaries for national and state level seats.
That changed on Friday, May 13, however, when South Carolina Gov. Henry McMaster signed into law legislation passed by the General Assembly that establishes early voting in South Carolina, said Laurens County Elections director Lynne West.
To help prepare for the upcoming June 14 Democrat and Republican primaries, Laurens County Voter Registration & Elections is seeking to explain the ways voters can now cast their ballots.
On the Election Day, June 14, polls will be open as always from 7 a.m. to 7 p.m., but in-person absentee voting has now been replaced with a two-week early voting period.
“Any voter can visit an early-voting location in their county and vote like they would at their polling place on Election Day,” West said.
During the early voting period for the June primaries – Tuesday, May 31, through Friday, June 10 – voters can cast their ballots at the new Laurens County Voter Registration & Elections office at 205 Bolt Drive during regular business hours from 8:30 a.m. to 5 p.m. Offices are closed Saturday and Sunday, June 4-5.
There will also be early voting available for any required June runoffs Wednesday through Friday, June 22-24, also during regular business hours at the new Laurens County Voter Registration & Elections office.
A photo ID is required for all early or Election Day voting.
Mail-in absentee voting is similar to what has been in place.
Absentee voting allows qualified voters to cast a ballot by mail prior to Election Day. In-Person Absentee voting is no longer authorized by law.
Qualifications include voters with disabilities, voters 65 years of age or older, members of the Armed Forces and Merchant Marines of the United States and dependents, hospitalized voters or those with employment obligations, attending the sick or disabled persons, in prison or absent for other reasons.
For more information call the Voter Registration & Elections office at 864-984-4431.