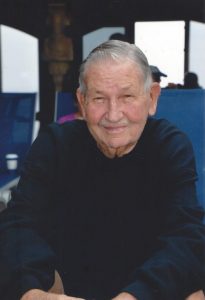 He was born in Laurens and was a son of the late Joe and Iva Brooks Holliday.

Gene was the owner and operator of Holliday’s Equipment for 39 years. Prior to that, he was in meat processing at the same location. He was a veteran of the SC National Guard, was an avid golfer and attended Woodruff Road Worship Center. Gene received several awards for sales including Salesman of the Year from several of the equipment companies he sold for. He will be remembered for his customer service and missed by his customers and friends he served in his equipment business.

Gene was predeceased by his children, Donna Holliday and Shannon Weathers, and a sister, Joanne Fultz.

Gray Funeral Home of Laurens will be assisting the family.