Less than a week from the outset of Russia’s invasion of neighboring Ukraine, Presbyterian College students, faculty, and staff packed an auditorium on campus to hear a panel of professors discuss the ongoing war’s global implications. 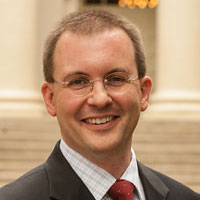 History professor Dr. Stefan Wiecki, a former NATO peacekeeper and a scholar on modern Europe, said it was shocking to see the whole world change in a matter of days as Russia started the first major land war in Europe since World War II.

The conflict is now stretching into its third week with Russian forces encircling the Ukrainian capital of Kiev and bombarding civilian as well as military targets.

Wiecki expertly outlined the history between the two countries in the conflict, with Ukraine and Russia both part of the former Soviet Union in the 20th century and part of the Russian Empire before that. The two countries also share a common origin as part of Kyivan Rus’, a loose federation of Slavic states founded in the ninth century.

Russian president Vladimir Putin claims that Ukraine is not a country but a rogue province of Russia, Wiecki said.

Wiecki pointed out that Kyiv was once the center of Kyivan Rus’ long before Moscow was founded.

“It’s true that they are connected, but, if anything, it’s the other way around,” he said. “Ukraine came first, and Moscow was added later on.”

Ukraine and Russia have close ethnic, religious, and linguistic ties and claim the same founder, Volodymyr the Great, the prince of Kyiv and the first ruler of Kyivan Rus’.

“History and culture in Ukraine and Russia are connected through religion and language and customs, but Ukraine’s identity is separate,” he said, adding that Ukraine vied for independence before Vladimir Lenin founded the U.S.S.R. and did so finally in 1991 after the Soviet Union collapsed.

Wiecki said Putin believes Ukraine should not have been “allowed” to become independent and decries the end of the U.S.S.R.

“But Russia did not give independence to Ukraine,” he said. “The Ukrainian people voted for independence.”

Russia’s aggressive takeover of Crimea in 2014 and its support of uprisings in eastern Ukraine, said Wiecki, are part of Putin’s fierce desire to reunite former Soviet states controlled by Moscow. But in the last 10 years, he said, Ukraine has formed more significant relationships with European Union countries and hopes to join NATO, which Putin believes is a bridge too far.

But instead of using diplomacy to prevent Ukraine from joining the EU or NATO, Russia is using tanks, Wiecki said. The resulting invasion is devastating to Ukraine and is creating an enormous refugee crisis in eastern Europe.

Russia’s attack on Ukraine has affected formerly cooperative and relatively friendly relationships with European countries, Wiecki said. His own native Germany, for instance, has halted approval of a significant natural gas pipeline from Russia and has vastly increased its defense spending.

“Germany believed that they were the bridge between the United States and Russia,” he said. “They depend on Russian natural gas. And then, over the weekend, they completely threw overboard all of their policies over the last 75 years.”

For starters, he said, there are more nuclear powers in the world than during the Cold War, and those states are unstable.

The rise of social media, Lance said, allows war crimes and violations of the Geneva Convention to be documented in real time.

“We’ve never had that quick ability to communicate before in any previous era,” he said.

“Unfortunately, in the words of Robert Gates, former defense secretary under Obama and CIA director under George W. Bush, there are no easy offramps,” he said.

Putin, for instance, told French president Emmanuel Macron that Russia’s objectives will be achieved “no matter what.”

But the war, said Lance, is not going as planned for Russia. There is growing evidence that the invasion was poorly planned and poorly executed.

Lance said that Russian soldiers are also young conscripts who were unaware they were even in Ukraine. Supply chain issues have arisen, and equipment is not being used correctly and is breaking down. The springtime thaw in the region is causing the ground to be soft and forces Russia to use Ukraine’s roads to supply their front lines and move troops.

Because of its difficulties and a lack of a diplomatic offramp, Lance said Russia would probably stay in a prolonged conflict with Ukraine. Russia has already lost an estimated 5,000 troops as of March 3, compared to the 2,500 U.S. troops killed in Afghanistan in 20 years.

“In seven days, Russia has lost double the troops that we lost in Afghanistan over the entire conflict,” Lance said.

Sadly, those conditions mean Russia is more likely to resort to some “nasty” tactics, like using vacuum bombs that are widely considered human rights violations.

“In the short term, I don’t see a very good picture emerging there,” he said.

The only silver lining, he said, is that the conflict in Ukraine has brought the Western world closer.

Lance said Russia will likely win its war with Ukraine, and the world will face “an unbalanced equilibrium.”

On the other hand, he noted that Ukraine could hold on long enough to force Putin out of office is still an outside chance. 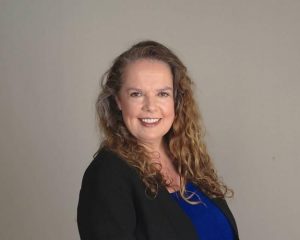 The most obvious, she said, is the devastation of Ukraine in terms of loss of life, resources, and infrastructure.

“It’s not going to be pretty for a very long time,” Pannell said.

Ukraine was considered the breadbasket of the former Soviet Union, much like the Midwest is in the U.S., Pannell said. The destruction of that farmland will result in less food for Ukraine and the countries it exports to and might affect global wheat prices. In the long term, though, the land and agriculture can recover.

Germany gets 40 percent of its natural gas from Russia, so the sanctions against Russia will substantially negatively impact gas prices for countries that depend on Russia for their energy needs. Pannell said that oil prices have gone up steeply in recent months, affecting prices at the pump and, eventually, air travel.

Russia will be affected most by the economic sanctions, Pannell said.

“The sanctions are biting and will continue to bite as long as those major multinational corporations do not partner with Russia,” she said.

Pannell offered a sliver of good news, though. While Russia does produce a lot of oil, it is not the largest producer, and the U.S. remains the largest oil producer globally and does not import very much oil from Russia.

Russia miscalculated the world’s economic response to the invasion.

“It’s clear that Putin did not have any idea that the economic sanctions would hit right away,” she said. “That’s a good thing for Ukraine. The fact that the West has cut off international transactions has created a banking panic in Russia.”

Pannell said that the Russian ruble is now worth less than one cent against the U.S. dollar – a 20 percent decrease in just a few days. She added that Russian currency might become “un-convertible” into other denominations.

How Putin’s financial backers, Russian oligarchs, respond to sanctions may likely determine the war’s outcome, she said, instead of how it affects Ukrainians or ordinary Russians.

Proximity to such destruction and death is likely to create a wave of people who suffer PTSD and require years of therapy.

“The Ukrainian people are obviously suffering this level of trauma on a daily basis,” he said.

In the coming years, sufferers will discover how those traumatic events affect them in their present through flashbacks, nightmares, or triggering sounds or reminders, Brandel said.

Though not close to the same degree, people in the U.S. are affected by the war. Some people, Brandel said, feel uncertain because they do not know what is going on. Others may see or hear too much in media coverage, particularly videos they did not choose to see.

Brandel suggested that people limit how much time they spend viewing the war and perhaps choose credible audio news sources that tell rather than show the stories on the war.