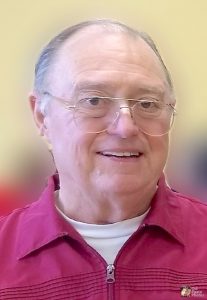 Charles Otis “Chuck” DeRieux, 78, of Laurens, passed away Wednesday, March 16, 2022, at PRISMA Healthcare-Greenville Memorial with his family by his side.

Chuck was born March 15, 1944, in Vanport, OR, to the late Roland Franklin and Mabel Alice Wollman DeRieux. At the age of 10, the family moved to Netarts, OR, where they purchased the Terrimore Motel. Chuck would often recount the fond memories of Netarts Bay, helping his parents run the Terrimore Motel, and how he enjoyed his flat bottom boat.

In 1962, Chuck graduated from Tillamook High School. He joined the U.S. Marine Corps where he was an Air Traffic Controller. While in the Marines, Chuck met the love of his life, Brenda Jean Blanton. The two were married on August 18, 1968. Chuck was honorably discharged in 1970.

Chuck and Brenda were owners of Simi Sewing Center in Simi Valley, CA and were avid square dancers.

He was the maintenance engineer at Tillamook Jr. High. After retiring, he moved his family to Laurens where he started working for All Dry of the Carolinas.

In addition to his parents, he predeceased by a sister, Norma Carter.

A graveside service will be held on Friday, March 25, 2022, at 3:00PM at Greenhaven Memorial Park in Woodruff, SC conducted by Rev. Andy Watson with Military Honors.

The family will be at the home.

Memorials may be made to a charity of one’s choice.

A special thank you to DaVita Dialysis and Greenville Memorial for their loving care of Mr. DeRieux.