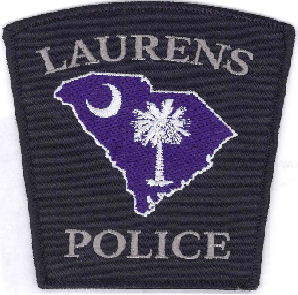 The grandfather of a 6-year-old Laurens Elementary School student has been arrested by Laurens Police after the child brought a loaded handgun to school Friday morning.

The child’s grandfather, Kalim Abdul Alwajid, 72, of Laurens has been charged with unlawful conduct toward a child, LPD Lt. Scott Franklin said at a press conference Friday afternoon.

A staff member noticed the handgun on the child’s desk in the classroom before 8 a.m. Friday and called the School Resource Officer, according to Laurens County School District 55 Superintendent Ameca Thomas.

Lead Investigator J.C. Brewington said the 6-year-old boy told officers that he brought the loaded gun to school because “wanted to shoot zombies.”

“There was never a threat made toward any other students or staff, and due to the quick action by faculty and the School Resource Officer, Ted Richardson, the incident was contained to one classroom and no lockdown was needed,” Franklin said.

The investigation is ongoing, Franlin said, but after consulting with 8th Circuit Solicitor David Stumbo, investigators moved forward with charges against Alwajid, the owner of the handgun, for allowing the boy access to the loaded firearm.

A bond hearing for Alwajid is scheduled for Saturday morning.

Thomas praised the staff at Laurens Elementary and Richardson for their quick action Friday morning.

“The School Resource Office responded immediately and additional law enforcement presence was at the school within a matter of minutes,” she said. “We recognize the seriousness of this incident and are thankful that no physical injuries occurred. Please be assured that (District 55) is working diligently to enhance safety protocols that deter this type of incident from happening again in the future.”

Thomas said the school is following the district’s discipline code in regards to the student.