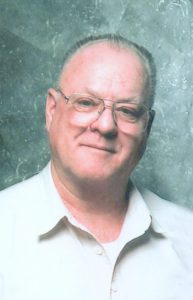 Sgt. Major Cain retired from the US Army having served in Vietnam receiving a Bronze Star Medal, Vietnam Medal with 1 Silver Service Star and 3 Bronze Service Stars along with many other honors. He was a Senior Master Parachutist having completed over 1000 jumps. His last duty assignment was as professor of military science at Presbyterian College in Clinton, SC. Sgt. Major Cain spent many happy times camping with his family at Calhoun Falls State Park. He was a member of the VFW, American Legion and Northside Baptist Church of Calhoun Falls, SC.

In addition to his parents, he was preceded in death by two sons, Loyd Timothy Cain and Michael Cain; and son-in-law, Tony Fowler.

A message of condolence may be sent to the family by visiting www.harrisfuneral.com.