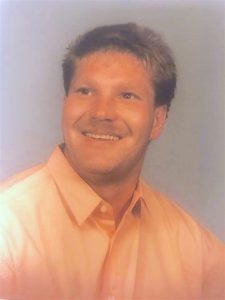 He was born August 11, 1963 to the late James Laverne Osborne and Sybil Kidd Osborne Patterson. He was predeceased by a brother, Joe Lawson.

He is survived by the love of his life, his daughter, Lauren Paige Osborne of Clinton. He is also survived by his Honorary Mother, Ju Ju Padgett, who promised his mother she would look after Billy. She and her husband, Tommy, gave Billy love and friendship. They made his life so much better.

He is also survived by an aunt, Nancy Kidd and several cousins and nieces and nephews.

As a young man, Billy and a group of his friends could often be found playing softball which he loved. Billy was a loyal fan of the Dallas Cowboys and the Clemson Tigers. He also loved to hunt and be outdoors.

Funeral services will be conducted Friday, January 28th, 2022 at 3pm at the Full Gospel Assembly Church in Clinton, S.C.