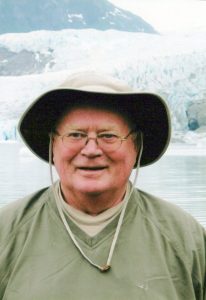 He was born Aug. 13, 1942 in Clinton and was the son of the late Charles Dudley Ray and Davis V. and Ruby Ray Pitts.

He attended Clinton area schools and graduated from the Georgia Military School. He formerly served in the South Carolina Army National Guard.

He was retired from H.D. Payne & Co. in Clinton.

He enjoyed fishing, landscaping and refinishing and building furniture, the ROMEO Club (Retired Old Men Eating Out) and playing cards with his friends.

He was a lifetime member of Broad Street United Methodist Church in Clinton.

He was also predeceased by a sister, Sandra Ray Lay.

Funeral Services will be held Saturday, Jan. 29 at 11 a.m. at Broad Street United Methodist Church, 310 North Broad St., Clinton, S.C. For the safety of family and friends, everyone attending is asked to wear a mask.

A private family burial will be held at a later time.

In lieu of flowers, memorials may be made to Broad Street United Methodist Church, PO Box 204, Clinton, S.C. 29325 or to a charity of one’s choice.

Gray Funeral Home of Clinton is assisting the family.