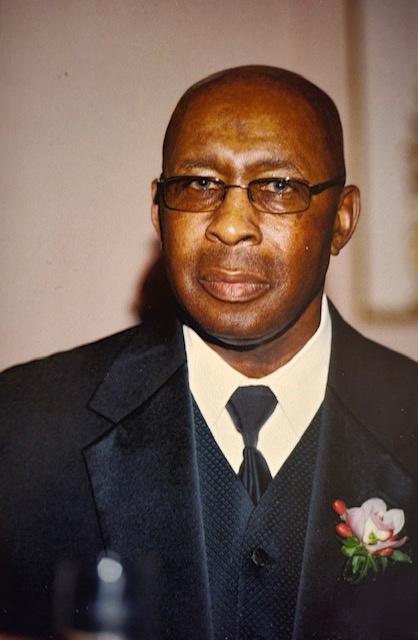 David was born on June 19, 1943, in Laurens County, South Carolina. He was the son of the late Hurley and Elizabeth Ferguson Burnside. He was preceded in death by three brothers, R.B. Burnside, Johnny Burnside, and Corrie Bell Madden, and one sister, Elizabeth Ann Holland.

David attended the segregated schools of Laurens County, S.C. Around the neighborhood and at home David was called Jack. He graduated from Sanders High School in 1961.  A proud alumnus of Sanders High, his classmate gave him the nickname Boo Boo. After graduation, David moved to Detroit, Michigan, to attend college. There he stayed with his aunt Lillian. He loved to go to the pool hall and play pool. He decided to enlist into the United States Army, after seeing the cost of attending college would be a burden on his family back in South Carolina.

For over twenty-one years, David served his country faithfully and demonstrated leadership and technical proficiency in numerous positions. During his time in the military, he was stationed at different stateside assignments, spending the majority of his time overseas in Taiwan.

While stationed at Taipei, Taiwan, David met the love of his life, Yueh-Li Liao. They were married on May 3, 1973 in Taiwan, where David’s youngest son, David, Jr., was born. His last duty assignment was in Hanau, Germany, where he had the opportunity to serve with his oldest son, Willie.

After David retired from Lockheed Martin, he enjoyed spending time with two of his grandchildren, (Eli and Gus). He enjoyed traveling, especially to Thailand and his hometown of Laurens, SC, where he would visit with his family and attend Class of 1961 Sanders High School reunions. Most of all, he loved to go to Myrtle Beach, SC.

A Video link will be provided for family and friends who cannot join us in person.

In lieu of flowers, contributions can be made to the American Cancer Society.