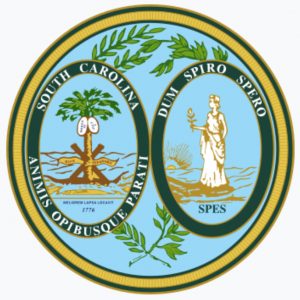 South Carolina House and Senate will reconvene Tuesday, Jan. 11, and S.C. District 9 Senator Danny Verdin said of all the issues the legislators are facing, none are as urgent as U.S. Congressional redistricting, which faces a swift timetable.

“Redistricting the seven congressional districts is the first thing we have to face,” Verdin said. “That’s unfinished business left from November, and we need to get it done as quick as we can to avoid intervention from the federal justices.”

Such an event would mean the federal courts drawing the state’s new U.S. congressional district maps based on population changes but without input from the state’s senators and house members who were elected to do just that.

There were several delays in getting the census data from the U.S. Department of Commerce, “and the holiday pinched us and we ran out of time,” Verdin said. “We wrapped up the state House and Senate redistricting but I was disappointed we didn’t tend to (the U.S. Congressional District maps) in the November short session.”

Verdin said the early state Senate map showed slight changes to the 3rd Congressional District in the northwest portion of the state which includes Laurens County and is represented by Jeff Duncan. He sees little change in Duncan’s district, aside from the potential of picking up seats in Newberry to alleviate the sprawling 5th District.

“Our Senate judiciary committee had a draft of it to see by early December and I haven’t seen the House version, but that has to be completed within a couple of weeks,” Verdin said.

Other topics Verdin hopes are addressed in the upcoming legislative session are changes in the medical licensing system and changes to outdated Certificate of Need requirements.

He also wants to see comprehensive reform in the state’s tax system.

“This involves being competitive economically with our neighbors,” Verdin said. “Georgia and North Carolina have been reducing their income tax incrementally for years, and in North Carolina it’s now below 4 percent. South Carolina is still at 6 percent and that creates a disadvantage for us.”

Verdin said tax reform has been discussed for years but this is probably the best year for it.

“I hope we can be open and transparent and look at it in totality, comprehensive reform of income tax, property tax and sales tax and not just look at the isolated components.”

It’s a good time to do this because “right now the state is flush with money,” Verdin said, adding the state can test different systems without fear of having to curtail services.

“The major issues that I foresee are educational freedom and school choice, and repealing the state income tax,” Jones said.

While income tax reform has been discussed by both the state’s House and Senate for several years, Jones thinks that either reform of the system or even a repeal is doable either in 2022 or 2023.

“The income tax issue has been on the table and we have seen a lot of consensus building toward it and the consensus is it’s gaining support,” Jones said. “We have the highest income tax in the Southeast. So the trick to that for me is the matter of finding areas where we can reduce the size of government without having a big effect on anyone.”

Like Verdin, Jones also said the state’s surplus funds right now make it a good time to look into other avenues of funding.

“The estimates for fiscal year 2022 and ’23 are more than $890 million which will be in recurring funds, and $2.1 billion in non-recurring funds,” Jones said, “and that’s a lot to work with.

This story appeared on page 1 of the Jan. 5, 2022 print edition, Laurens County Advertiser.