Clinton, South Carolina – At the request of developer Laurens County Investments LLC, Clinton City Council agreed Monday night to pass a resolution to annex two parcels of property in the event they are sold to the investment group.

The properties, identified as Laurens County 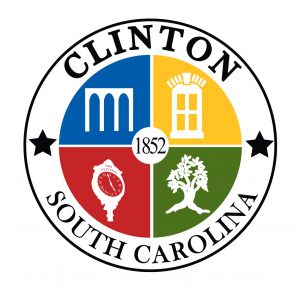 Tax Map numbers 658-00-00-062 and 658-00-00-080 are near Highway 76 and Sunset Boulevard, and council, after some discussion, approved the resolution to annex the propert. The action includes an interim zoning classification of R3 for high density residential.

“This is just a resolution saying that you are interested in annexing them in,” said interim city manager Rebecca Vance. “It won’t become current until it’s actually annexed and goes through the annexation process.”

Clinton city attorney Allen Wham said he’s had discussions about this process with other members of the South Carolina Municipal Association, and it is also utilized by Newberry County. The local government can pass a resolution even before the property is sold, thus letting the potential developer know that if the land is purchased, council would agree to annex it into the city as requested.

Adding an interim annexation zoning district at the same time can possibly save time later.

In other business, council gave its approval to Utilities Director Joey Meadors to enter into a contract with Osborn Contract Services LLC for repairs to the interior of the clear well at the city’s water filtration facility. The clear well was built in the 1950s, and leaks from cracks and buildup on interior walls of the holding tank are in serious need of repair.

Council agreed previously to allocate some of the city’s American Rescue Plan funds for repairs to the clear well. Meadors explained the repairs are essential for the city’s water treatment system and its water quality.

Meadors said the Osborn Contract Services Inc. bid was for $579,521.55, and while there had been another bid at a slightly lower price, that bidder, CROM, LLC, had withdrawn its bid.

“Due to delays in awarding the project, CROM, LLC cannot hold their bid price due to recent material price increases,” Meadors told council.

Also during Monday’s meeting, Laurens real estate broker Robbie Templeton asked Clinton City Council to waive late fees totaling just over $700 above and beyond the cost of a business license. Templeton said he didn’t know until this past year that he was overdue in submitting funds for a business license.

According to Clinton’s policies, staff cannot waive penalty fees, and it would require a vote by council to do that.

At the end of Templeton’s presentation and a short question-and-answer session with Vance, the request for waiving penalties died for lack of a motion.

This story appeared in the Wednesday, Jan. 5, 2022 print issue of the Laurens County Advertiser.