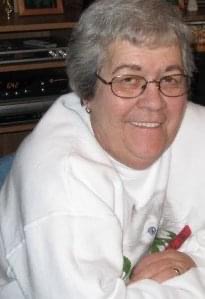 Willodean Sands Smith, 79, of 822 Ranch Road, and wife of the late James Smith, passed away on Saturday, January 8, 2022, at Martha Franks Retirement Community.

Born in Fort Wayne, Indiana, she was a daughter of the late Russell Lawrence Windle and Ellouise Mae Perry Sands. Willodean was of the Methodist faith and she attended St. James United Methodist Church in Laurens. She retired from Wattsmill.

She is survived by her children, Michelle Renee Snyder Kopis and John Arthur Snyder both of Indiana; grandchildren, Bethany McClure and Chelsea Buwalda; four great-grandchildren; a special niece, Pamela Doss; and a special friend, Cindy Sanders of Laurens.

In addition to her husband and parents, she was predeceased by her daughter, Melinda Kay Snyder McClure, brother, John Sands, and her nephew, Donald Doss.

Crypt side services will be held at 1:00PM, on Thursday, January 13, 2022, at Graceland East Memorial Park in Simpsonville, SC.

Memorials may be made to PAWS Animal Wildlife Sanctuary, PO Box 157, Waterloo, SC 29384.