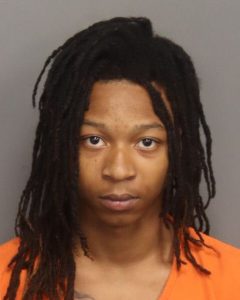 Laurens Police are still seeking a suspect involved in a shooting Thursday on Sullivan Street in Laurens that has left one man hospitalized.

Tykevious Fadrell Kennedy, 18, was arrested soon after the shooting incident and charged with attempted murder, simple larceny, possession of a weapon during the commission of a violent crime and discharging a weapon into a building. Kennedy was denied bond on the attempted murder charge.

A second suspect described as a black male wearing a hoodie is still be sought by Laurens Police, said LPD Lt. Scott Franklin.

Franklin said the shooting stemmed from an earlier theft and that the investigation is ongoing.

The victim’s condition has improved, but he remains in intensive care at a Greenville hospital. The victim suffered a gunshot wound from a 45-caliber semi-automatic handgun.