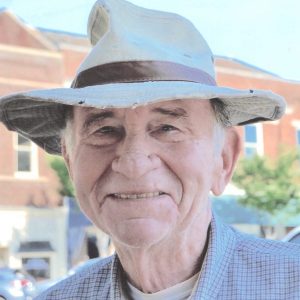 Philip Samuel Adair went to be with the Lord Jesus Christ on Sunday, December 19, 2021. He was surrounded in his last days by family and friends.

Phil was born, November 7, 1946, to Samuel Watts Adair and Lettie Arlene Pfaff Adair in Laurens, SC. He was a graduate of Baylor School in 1964 in Chattanooga, TN and from Tennessee Wesleyan College in 1970. Phil worked for Milliken for 17 years as an Industrial Engineer. He then decided on a new career path and went to Lander University, receiving a M.Ed. Phil worked for Laurens District 55 in various capacities from 1990-2012, when he retired.

Phil was a Scoutmaster for Troop 78 and was heavily involved in several aspects of Scouting in the Blue Ridge Council. He was a reenactor with several groups in historical events, including the French and Indian War, the Revolutionary War, and the Civil War. Phil also was a very active witness in his faith, culminating in becoming an Elder at Duncan Creek Presbyterian Church. Perhaps his greatest endeavor in his retirement though, was being a volunteer with the Laurens County Museum. The Museum was his “Baby”!

Phil was predeceased by his first wife of 18 years, Mary Jo Bonds Hughes Adair, a grandson, Porter Caleb Smith, and by his parents.

Phil loved the Lord, his country, his Scouts, his large family, his friends, and history. He lived life to its fullest and was a true peacemaker and friend to all he met.

Funeral services will be Monday, December 27, 2021, at 12:00 PM at Duncan Creek Presbyterian Church in Clinton, SC. The service will be conducted by Rev. Herb Codington, Rev. Jeff Craddock, Rev. John Hopkins, and Rev. Juan Sharp. Burial will be at Westview Memorial Park in Laurens.

The family invites you to visit them at the home.

In lieu of flowers, please do something for our Lord and Savior.