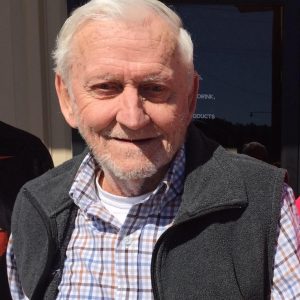 Samuel Claude Terry, age 85, of Laurens and husband to Dorothy Taylor Terry, passed away peacefully on Saturday, December 18th, 2021, under hospice home care from a long battle with dementia.

In addition to his wife of 65 years, he is survived by his children: Rex Terry and his granddaughter, Haley Blake Jarnigan, of the home, Pam Garrett of Simpsonville, and Debbie & Dicky Goodman of Inman; his grandchildren: Mandi & Mark Pendergrass of Greer, Brent & Jamie Garrett of Greer, Jeremy Goodman of Johns Island, Tyler & Ashley Goodman of Inman, Jessi & Adam Kimbrell of Inman. He is also survived by his great-grandchildren, his sister and brother-in-law, Marion & Barry Lynch and his brother and sister-in-law, Teddy & Pam Terry, sister-in-law Faye Terry all of Laurens as well as many siblings-in-law, nieces, and nephews.

He was predeceased by a sister, Shelby Pearson and brothers, Johnny Terry and Maxie Terry.

A funeral service will be held 1:00 PM, Tuesday, December 21, 2021, at The Kennedy Mortuary Chapel. The family will receive friends at the mortuary immediately following the service. A private burial will be held in the Forest Lawn Cemetery.

The family will be at the home of his daughter, Pam Garrett.

The family extends gratitude to the nurses, aides, and care team at Interim Hospice for the special care given and a warm heartfelt thank you to his sister-in-law, Joyce Robison of Duncan, and Shirley Coleman of Joanna for their kind, loving and dedicated care during these past months.