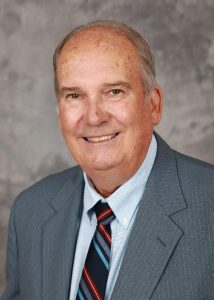 Mr. Robert “Bob Bob” Abercrombie, 86 of Hickory, N.C., passed away on Sunday, November 28th, 2021 in North Myrtle Beach, SC. Born in Greenwood, SC he was the son of the late Earl Woodfin and Lena Jones Abercrombie. Robert was the loving husband of Susie Zelene Gray Abercrombie.

A dedicated family man, Bob devoted his life to taking care of his wife, children, grandchildren and great-grandchildren. He was a faithful member of the First Presbyterian Church in Hickory, NC. He received an Honorable Discharge from the Signal Corps of the Army in 1966. A Clemson University graduate in electrical engineering, class of 1957, “Go Tigers”, he retired as the manager of the Western Division of Duke Power after 35 years. “Bob Bob” was also an avid fisherman (off the gazebo), beach bum, and loved to travel. He was loved by so many.

Fond memories and expressions of sympathy may be shared at www.leefhandcrematory.com for the Abercrombie family.