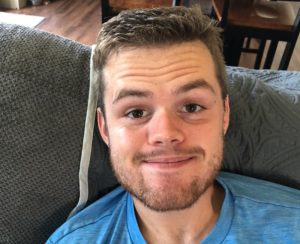 The son of a local teacher who went missing Saturday in Columbia was found dead Monday at rock quarry there.

On Tuesday, authorities identified the body as University of South Carolina senior Michael Keen, the son of Laurens District High School math instructor Paul Keen.
According to reports, Michael Keen was reported missing Sunday. He had opted to walk to his house – a 3-to-5-minute walk – from J’s Corner Restaurant & Bar.
Paul Keen was the last known person to speak with his son.

The Columbia Police Department was searching for Michael Keen when they discovered a body Monday at the Vulcan Materials Company quarry in Columbia.
According to The Daily Gamecock, Michael Keen, 22, last spoke to his father around 11 p.m. and said then that his cellphone battery was low. He left the restaurant around 8 p.m. to walk to his home on Florida Street.

“Our thoughts and prayers go out to Michael’s family, the USC family, and all affected by this tragedy,” said Richland County Coroner Naida Rutherford. “Michael was expected to graduate from the University in the next three weeks. His father referred to his son as his ‘bestest buddy’ and his mother stated how she loves him very much. We are working with the Columbia Police Department to fully investigate this matter.”

Keen was in his final undergraduate semester studying finance.
South Carolina Interim President Harris Pastides also issued a statement via email, saying, “It is always painful to lose a member of our Carolina family.”

Keen’s was the second University of South Carolina student whose body was discovered in the 13 months at the quarry. In October of 2020, Sam Laundon’s body was found, and authorities determined that he had died of “complications of blunt force trauma” after hopping a fence and falling.