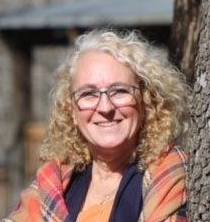 “The theme is Christmas in Toyland and the city’s entire Christmas season is geared toward little kids who missed out on so much last year,” said Main Street Clinton Manager Adele Alducin. “We have a new lighting company running the light show this year, and they’re awesome.”

Alducin said she worked with Custom Audio and Lighting out of Abbeville before coming work in Clinton and they’re going to put together a show of lights, music and video displays.

“Their show will be a real treat for the children of Clinton,” she said, “and Santa will definitely be there for the tree lighting celebration.”

Alducin, who turned in her resignation Nov. 1, planned to wrap up her tenure as the City of Clinton’s first Main Street Manager on Monday, Nov. 15, and she wanted to make sure the lighting company could be procured for the front of the M.S. Bailey Municipal Center. They worked out some of the details last week, and she said it should be ready to go on schedule from 6 to 10 p.m. throughout December.

Alducin said she’s been thinking about this employment change for about a year as her husband’s business began expanding and she wanted to help him with marketing. She also hopes to put more work into her real estate business at Lake Greenwood where she and her husband live.

Working with the Main Street Clinton program for the last four and a half years has been a great fit for her, she said, and she especially enjoyed developing relationships within the city as she brought together activities, vendors and performers for Rhythm on the Rails and Scots and Brats.

“Rhythm on the Rails has been a definite highlight for me,” Alducin said, “and I love that we began utilizing Vance Park as an event space because it’s really beautiful, and had not been appreciated enough.”

Alducin teamed up with Assistant Building Inspector Ashley Rochester to coordinate Clinton’s Christmas parade when it was last held two years ago, and Rochester will be handling the task this year as well, Alducin said. It’s planned for 10 a.m. Saturday morning, Dec. 4.