Laurens, South Carolina – Main Street Laurens has a couple of new projects on tap for this fall, and the non-profit is seeking volunteers for help in restoring a lovely cottage into a new bed and breakfast, as well as farmers and crafters with fall produce or handmade crafts for a new Fall Farmers Market which will begin this Saturday, Oct. 16 at 8 a.m.. 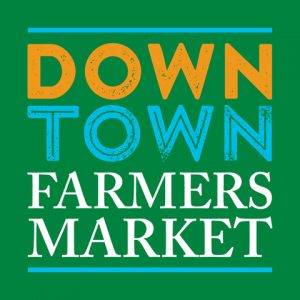 The new Fall Farmers Market is sponsored by Prisma Health, and Main Street Director Jonathan Irick has heard from several summer farmers and regular summer market shoppers who would like the opportunity to buy or sell craft items and produce, and so far he has a sweet potato farmer lined up.

“We don’t know how many farmers we’ll have this first year, but this is something we’ve wanted to do for some time, and since Prisma Health joined in as a sponsor, we can finally do it,” Irick said. “We’re hoping that farmers can plan accordingly for following years, because eventually we’d like to carry this well into November.”

Those interested and knowledgeable about historic renovations and house painting are among the next set of volunteers sought by Main Street Laurens, Irick said, as the organization is saving a historic home at 409 West Main Street. 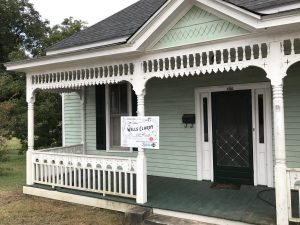 “It’s called the Wells Clardy Cottage, because he purchased it and lived there many years,” Irick said.

Built in 1885, the small green home on West Main Street across from Laurens Lumber was used as office space for the last several decades, and when the Laurens County Community Foundation sought to sell the property, it became evident that prospective buyers were primarily interested in tearing down the historic structure.

A bed and breakfast is badly needed in the downtown Laurens area, Irick said, and Main Street Laurens is using economic enhancement and facade grant funds to cover costs of some of the work, such as new roofing and electrical rewiring, but volunteers will be sought for painting and plaster work and other needs which arise.

This story was first published in the Wednesday, Oct. 13 issue of The Laurens County Advertiser.