A Simpsonville woman suffered injuries in a collision near Gray Court early Saturday morning that caused her to lose her unborn child.

According to the South Carolina Highway Patrol, the 33-year-old pregnant Simpsonville woman was driving a 2006 Nissan Maxima north on Old Laurens Road around 7:25 a.m. when she crossed the center line and collided with a 2015 Chrysler 200 driven by a 49-year-old woman from Enoree.

The Enoree woman was injured and transported to EMS to an area hospital.

The Simponville woman, who was about six months pregnant, was entrapped in her vehicle and had to be extricated by emergency personnel and airlifted to an area hospital.

The newborn survived several hours at an area hospital before passing away, he said. 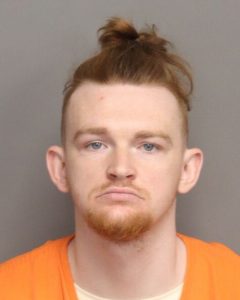 An Anderson man was denied bond after being arrested Monday for assault and attempted murder by the Laurens County Sheriff’s Office.

Devin Xavier Hawkins, 24, has been charged along with a co-defendant in a Feb. 14 shooting in which the victim was shot in the upper thigh. Stephan Wayne Kneece was arrested in February. Hawkins had been in custody in Greenville County since soon after the incident, which occurred in the Laurens County area of Ware Shoals.