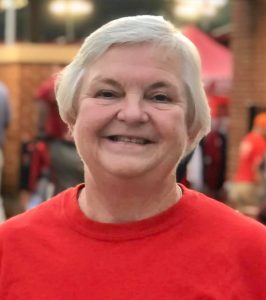 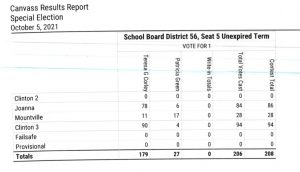 won the open Seat 5 during a special election Tuesday, Oct. 5,  for District 56 School Board.

Four precincts were open, and while there were no votes cast in Clinton 2, there were 206 votes cast in the combined total from Joanna, Mountville and Clinton 3.
“They had a real good turnout,” said Lynne West, director of the Laurens County Voter Registration and Elections, explaining an average 10 percent turnout is not bad for a single special election.
There are a total of 1,873 voters in the four precincts open Tuesday, and of those 208 ballots were cast. 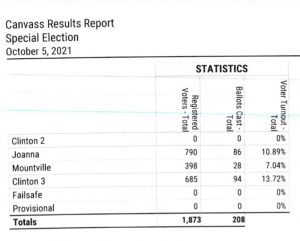 Joanna had 86 votes, with 78 for Corley and 6 for Green; Mountville had 28 total votes cast – 11 for Corley and 17 for Green; and at Clinton 3, 94 votes were cast – 90 for Corley and 4 for Green.
The results are considered unofficial until the Laurens County Election Commission certifies them later this week.
The Seat 5 spot on District 56 School Board was left open when former board member Tammy Stewart stepped down to take a position within the district. Corley will now fill Stewart’s unexpired term.
Posted in Breaking News, News and tagged Clinton SC, Clinton South Carolina, District 56, Election Commission, Laurens County SC, Laurens County School District 56, School Board election, special election, Teresa G. Corley