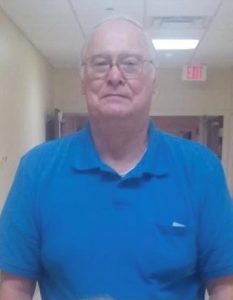 He was born September 29, 1942 in Greenwood, SC, and was a son of the late John Richard Smith, Sr. and Melda Duvall Smith. Mr. Smith was retired from Asten Johnson and was a former employee of Community Cash. He was a member of Davidson Street Baptist Church and a member of Campbell Masonic Lodge # 44.

In addition to his parents and wife, Mr. Smith was predeceased by a brother, John R. Smith, Jr., and a sister, Dr. Anne Elizabeth Smith Mack.

Funeral Services will be held, Thursday, September 30, 2021 at 11 AM, at Gray Funeral Home Chapel of Clinton with Rev. Kenny Moore officiating. Burial will follow at Forest Lawn Cemetery.

The family will receive friends one hour prior to the service at the funeral home from 10-11 AM.