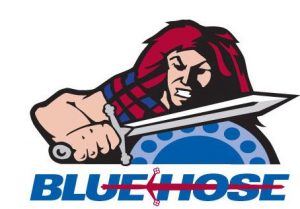 Visiting Presbyterian got out to a fast start in the first quarter Saturday at Dayton, but the Flyers scored nine touchdowns and two safeties over the next two-plus quarters en route to a 63-43 Pioneer Football League victory,

For the first 14 minutes of game time, PC looked poised to redeem itself after last week’s 72-0 debacle at Campbell.

Ren Hefley scored on a 15-yard run with five minutes, 26 seconds left in the opening quarter and then connected with Jalyn Witcher on the 2-point conversion for an 8-0 lead. Hefley found Witcher again on a 66-yard touchdown strike with 1:13 left in the quarter to cap a four-play, 80-yard drive and extend the lead to 16-0 after Hefley caught the 2-point attempt from Tyler Huff.

From that point on, the Flyers (2-1 overall, 1-0 PFL) and senior quarterback Jack Cook took over. Cook threw for three touchdowns and ran for three more as Dayton scored all of its 63 points , including four touchdowns each in the second and third quarters. Cook completed 19 of 35 passes for 238 yards and the three scores while also running for 48 yards on eight carries, scoring three of Dayton’s five rushing touchdowns.

Hefley, a Michigan transfer, threw for 440 yards and three touchdowns on 34 of 63 passing. He also threw a pair of interceptions as the Blue Hose (2-2, 0-1) turned the ball over three times and gave up two defensive safeties.

Powell, who ran for a game- and career-high 131 yards on 16 carries, broke up Dayton’s unchecked scoring spree with a 13-yard run to cut the Flyers’ lead to 49-30 with 5:25 left in the third quarter. Dayton answered with touchdown runs from Cook and Brian Doneghy, Jr. for a 63-30 lead at the end of the third quarter.

Hefley connected with Witcher on a 5-yard touchdown pass early in the fourth quarter and Matthew Rivera on a 73-yard scoring strike with 8:24 to play. Both Witcher and Rivera turned in 100-yard receiving games with Witcher leading all receivers with 136 yards and Rivera totaling 117.

The Blue Hose have a bye week next Saturday (Oct. 2) before returning to Bailey Memorial Stadium on Oct. 9 for a 1 p.m. kickoff against Morehead State.