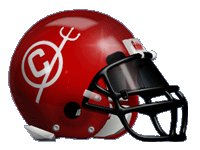 The Red Devils were forced to cancel their game at Swansea scheduled for Friday night due to COVID-19 positives within the Swansea program.

A short while after that was announced, CHS Athletic Director Louie Alexander announced that another opponent had been found.

Clinton, ranked No. 8 in the Class 3A media poll, is now set to host Calhoun County, a Class 2A school from St. Matthews. The Saints were originally scheduled to travel to Hunter-Kinard-Tyler this Friday night.

Calhoun County (1-1) is coming off a 26-15 win over Barnwell this past week. The Red Devils are 2-0 after a win over rival Laurens two weeks ago. Their last scheduled game at Newberry was postponed until Sept. 24 due to COVID-19 protocols.