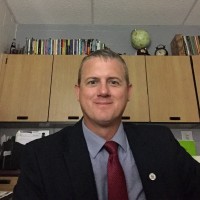 Spires, a former LDHS multi-sport athlete and assistant coach, said he is hoping to bring stability back to the Raiders program after employing three head coaches over the past eight seasons.

“I want to get the program back to being competitive and I’ll be in for as long as that takes,” said Spires, who was an assistant under successful former head coach Mark Freeze. “I want to get our rec programs and middle school programs working with us.”

Former head coach Josh Chavis, a former player at USC Upstate, left the program in June. The Raiders were a combined 10-33 overall and 4-18 in region play in his two seasons at the helm.

Spires said he believes it is important for the head coach to be a part of the local communities as well as someone with organizational skills that will help build both a program and a team from the ground up.

Four outside candidates applied for the post after it was advertised over the summer, but the hiring committee felt Spires was the right choice after reviewing the qualifications of those applicants.