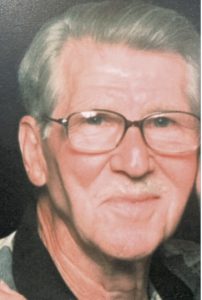 Mr. Earl is the husband of the late Sadie Lee Spires Thompson, they were married for almost 42 years. He is the father of Ray Spires of Swansea, Marie Broadfoot and husband, Chuck of Elizabethtown, Ky., Vickie Frick and husband, Jerry of Orangeburg, Todd Thompson of Elgin, Allen Reeder of Swansea, William Reeder and wife Dana, of Lugoff, and the late Marsha Benton. Mr. Earl is the grandfather of 14; and great-grandfather of 10 with one on the way. He is the brother of Doris T. Bolt, Betty T. Wade, the late Charles H. “Hack” Thompson and the late James Erskine Thompson. Mr. Earl is the uncle of many nieces and nephews.

Mr. Earl was born in Laurens County to the late Willie Haskell “Pa” Thompson and the late Estelle Stone Thompson. He was a member of King Grove Baptist Church and he also attended Mount Hermon Baptist Church. Mr. Earl retired as a truck driver with Colonial Food Stores and Food Lion after more than 40 years.

The funeral service was held Aug. 15, at King Grove Baptist Church. Mr. Earl was laid to rest by his wife in the church cemetery.