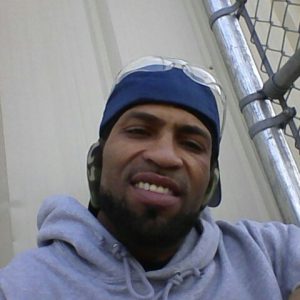 An autopsy conducted on the body of a Laurens County inmate who died in custody Friday found no trauma, but officials have yet to release a cause of death.

Jarvis Johnmichael “Mikey” Evans, 40, of Enoree died after experiencing what the Laurens County Sheriff’s Office described as a medical emergency at the Johnson Detention Center. He later died at Laurens County Hospital.

A release from the Laurens County Sheriff’s Office said Evans was rendered first aid by deputies at the detention center before EMS arrived to transport him to the hospital. Deputies arrested Evans for breach of peace and resisting arrest following an incident at an Enoree residence.

An investigation by the State Law Enforcement Division (SLED) has been requested – as is protocol for any in-custody death – by Sheriff Don Reynolds.

2 arrested on meth charges after chase

The Laurens County Sheriff’s Office made two arrests on drug, weapons and other charges following a vehicle pursuit Friday.

Steven Carlos Aguilar, 24, of Simpsonville is being held without bond at the Johnson Detention Center, charged with trafficking methamphetamine, failure to stop for a blue light, aggravated assault and battery, possession of a weapon during the commission of a violent crime and carjacking.

Madeline Jean Williams, 25, of Fountain Inn was also charged with trafficking meth, failure to stop for a blue light and possession of a weapon during a violent crime. Williams was being held at the Johnson Detention Center of a combined $58,000 bond.

According to the LCSO, Aguilar and Williams were discovered with a “large quantity” of methamphetamine and a semi-automatic rifle after the vehicle pursuit.

Aguilar is also charged with parole violations and is wanted in other jurisdictions. 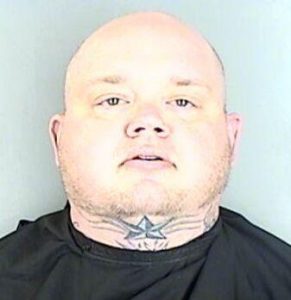 A man wanted in connection with a triple-murder Monday on Heddy Road in Greenwood County was tracked down and arrested in Florida.

Jeffery David Powell, 36, was charged with three counts of murder in the shooting deaths of two adults and a child in Greenwood County. He was arrested at a Red Roof Inn hotel in Jacksonville, Fla., after taking a commercial flight to Jacksonville, according to the Greenwood County Sheriff’s Office.

The three murder victims were identified Tuesday as Randy Grant Perkins, 56, Megan Lee Gale Dinkins, 30, and Shay Nicole Dinkins, 11. All three of the victims were pronounced dead at the scene.

A fourth shooting victim, a child, survived. Powell also faces one count of attempted murder and possession of a weapon during the commission of a violent crime.

According to the GCSO, Powell has some relation to the victims, but that relationship has not been clarified. Powell’s previous run-ins with law enforcement have been minor in nature, said Greenwood County Sheriff Dennis Kelly during a press conference Tuesday.